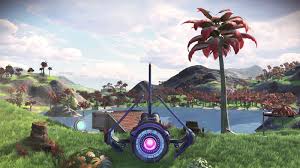 Hello Games is about to release a significant update for its space exploration game “No Man’s Sky” next week with the debut of the “Next” iteration.

It’s the most feature-rich content expansion the game has seen since its 2016 release, and is set to add a host of new features as well as what’s being billed as the game’s first “full multiplayer experience.”

The “Next” trailer showcases just a few of the updates coming with the sizable upgrade, especially the multiplayer option. Players can team up with friends to explore the universe together, or invite random party members to join their excursions a la “Sea of Thieves.” Whether you decide to create your own complex colonies to thrive on various planets or small tactical shelters, you’ll finally be able to make a name for yourself in the massive game.

With the launch of multiplayer, players across PlayStation 4, Xbox One, and PC will be able to explore the procedurally-generated universe of “No Man’s Sky” together, just like the game was meant to have from the very beginning.

All the options that were available before still remain, but with ways to experience it all with friends this time around. There’s even a way for you to erect your own race tracks and trails for some serious exocraft racing, as well as a suite of character customization options.

There’s been a dramatic increase in complexity and size limits for base building, which can now be one anywhere on any planet. There’s also the option to include multiple bases, if you wish, which is great news for players looking to explore together. Finally, if space combat and exploration is your niche instead of vanilla planet discovery and colonization, you can opt to create your own fleet of frigates that can be controlled via your fresighter itself.

With all these new additions, the game has also undergone an extreme visual overhaul, with third and first-person views available when in your ship and on-foot down on a planet. Improved textures for space, water, clouds, and various other aspects of the game make for a gorgeous new adventure through the universe that should look far better than what was previously on offer.

The “Next” update launches on PlayStation 4, Xbox One, and PC on July 24. It will be a free upgrade for anyone who purchased the game previously on PlayStation 4 and PC.